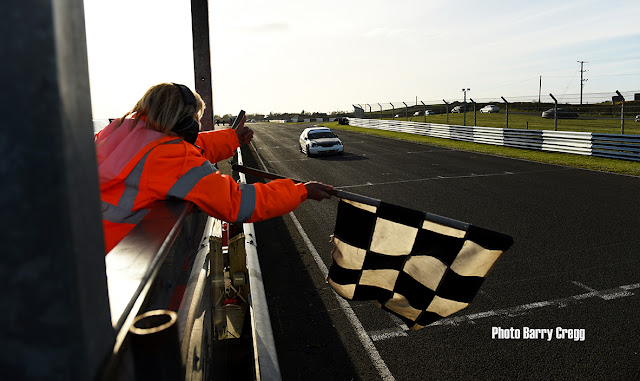 The long winter break finally ended for the Irish Touring Car Championship (ITCC) competitors who made the long trip to Kirkistown race circuit located on the beautiful Ards Peninsula of County Down in Northern Ireland. Over the winter the championship which is divided into three classes based on power to weight ratios, has seen somewhat of a renaissance with 30 registered drivers for this years series.This change in rules and the hard work of championship orginisers Brian Sexton, Philip Burdock and Martin Duffy along with much valued sponsorship from Techit Ltd and Precision Window Tinting and Graphics has brought a dwindling grid back up to full health again.

Sadly the winter wasn’t long enough for several competitors like last years champion Philip Burdock who failed to get his car ready in time for the first round along with Barry Barry Travers in his new Ford Focus. Another front runner Shane Rabbitt suffered propshaft problems in practice forcing his retirement before racing began. Hopefully they can make it out in time for round two in Bishopscourt, Co. Down in May to boost the grid even more. 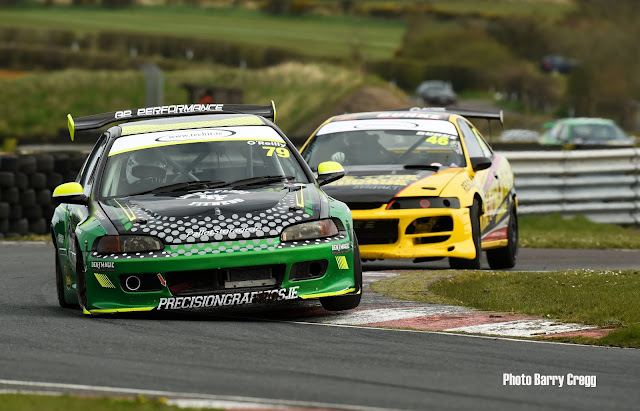 While there was no rain, a bitterly cold breeze greeted drivers and specators alike as they took to the 1.5 mile track for qualifying. It may have been cold but the pace certinly wasn’t, as one second covered the top six with Ulick Burke in his 2.0 litre Honda Integra taking pole position for the first race.

Race one got underway with a bang as Martin Duffy put his BMW M3 into the barriers after getting off the start line leaving the chasing pack to take avoiding action on their way to turn one. The off course excursions didn’t end there, as Adrian Dunne lost control of his Citroen Saxo on cold tyres. With both cars siting in dangerous places, race orginisers had no choice but to deploy the safety car. The field was lead by Ciaran Denvir in his Honda Civic with Jay Reilly in second in his Honda Civic and Ulick Burke in third in his Honda Integra. 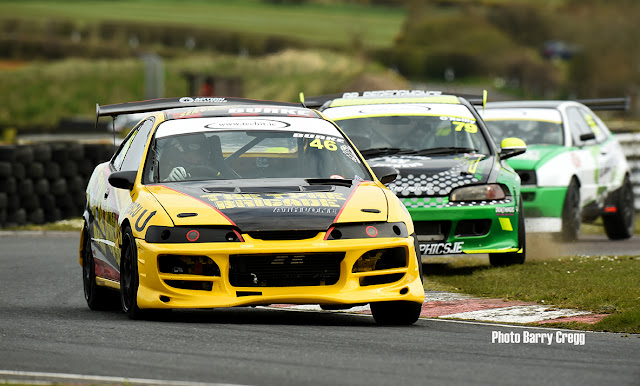 When the safety car pulled in Denvir got the drop and regained his five car length lead on the others. As the race went on he extended his lead further and was never challenged. He set the fastest time on lap ten and ended up 6.3 seconds clear by the end of the race. Behind him though there was a battle for the last two podiums spots between Ulick Burke, Jay Reilley, Stephen Campbell and Stephen Potter. After Burke and Campbell dropped back it was left to Reilly and Potter to dice it out with Reilly claiming second and Potter third. This was the first win for Denvir in the ITCC class after moving over from the Northern Ireland Saloon Car Championship for this year. 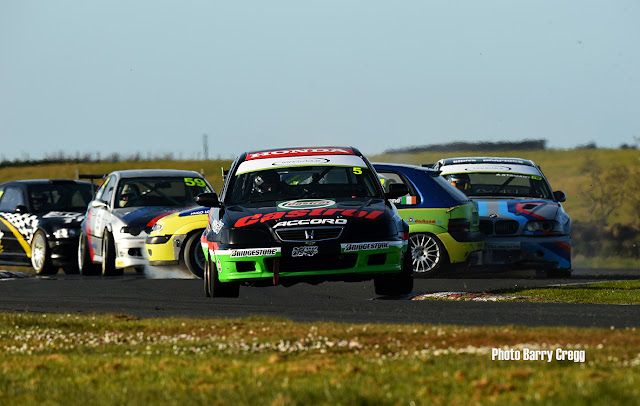 Race two got off without any incidents on the start line but an incident between Alan Stewart  and Adrian Dunne at turn one ended in retirement for Dunne yet again leaving it a weekend to forget for the Westmeath man. Although race one winner Ciaran Denvir started from second on the grid, it was his team-mate Stephen Potter in his Honda Integra that led the field for the first two laps. Once Denvir got by him though on the third lap he had no choice but to watch him pull away in a totally dominant performance. Potter did manage to get fastest lap in the second race. The battle for third lay between Keith Campbell in his VW Corado and Ulick Burke in his Honda Integra, with Campbell claiming the final podium spot. The race itself did not materialise into a close contest but the track itself does not help if a mistake is made, with its long straights the toe to another competitor can easily be lost thus giving them the advantage. 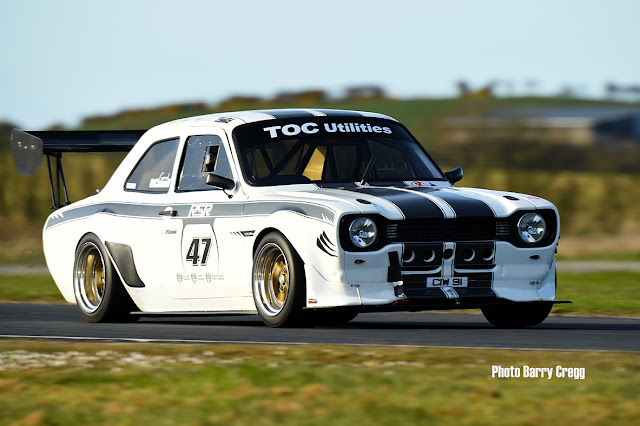 While there were some predicted front runners missing, that cannot take away from the clean pair of heels Ciaran Denvir gave everyone this weekend. This double win can only add to the Downpatrick man’s  confidence for the next round at his home track in Bisphopscourt on May 11th / 12th.

“In the first race I definetly was lucky to miss all the damage at the start and then make a break after the safety car. I got away and let the boys battle it out behind me. In the second I just kept an eye on the mirrors and backed it off a wee bit and brought her home. A brilliant start to the season a double win, you can’t ask for better than that!” 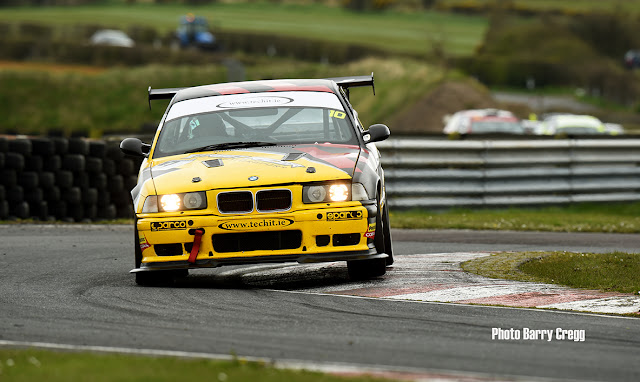 With the next two rounds being on the fast Northern tracks it will be interesting to see his speed on the tight confines of Mondello Park later in the year. I asked him if him if he was doing the full series, “The plan is to do the full championship, if funds allow ill be there.”

Im sure those funds will be found somewhere after this weekend and we will have to see if anyone can take it to him at the next round.