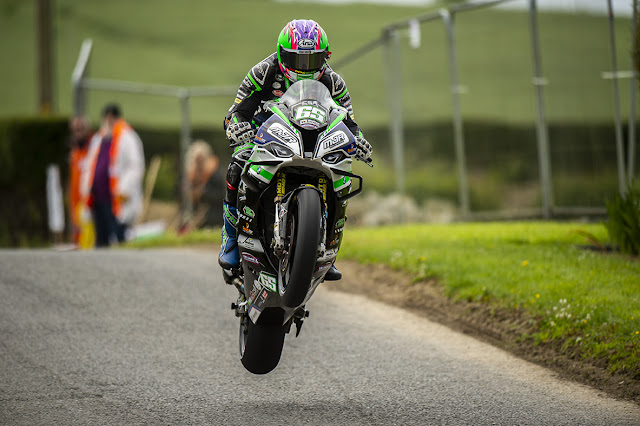 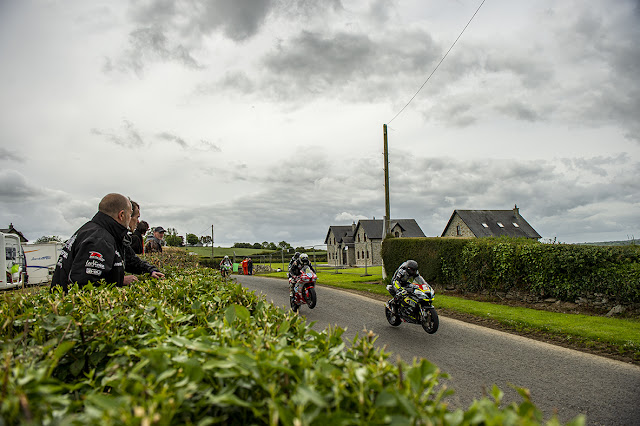 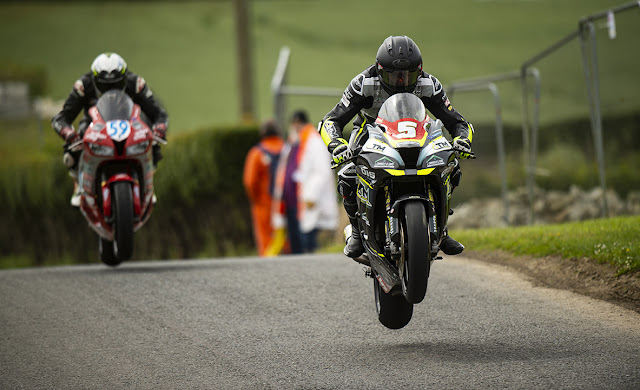 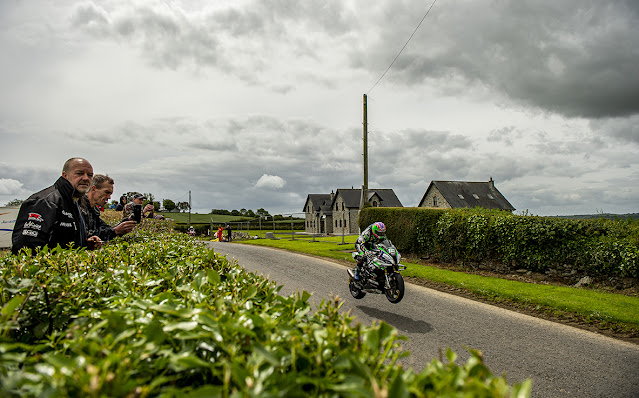 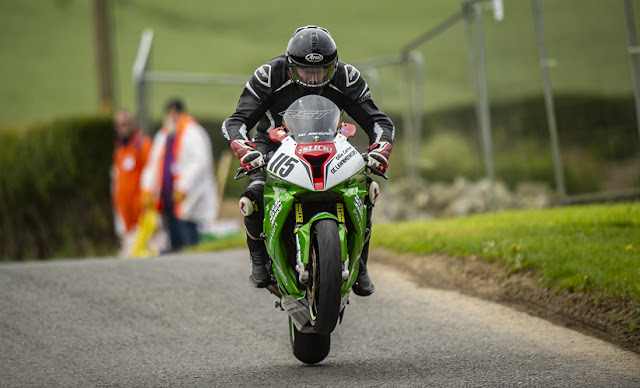 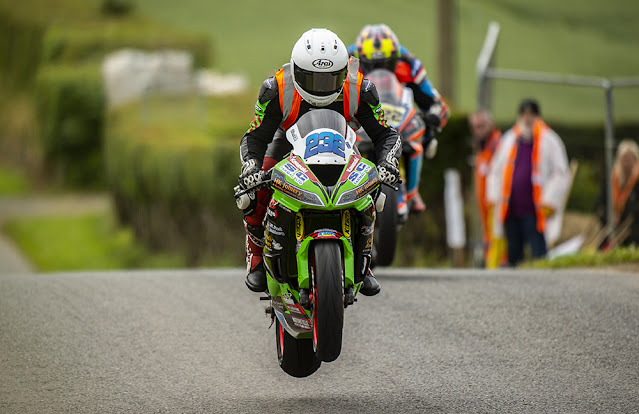 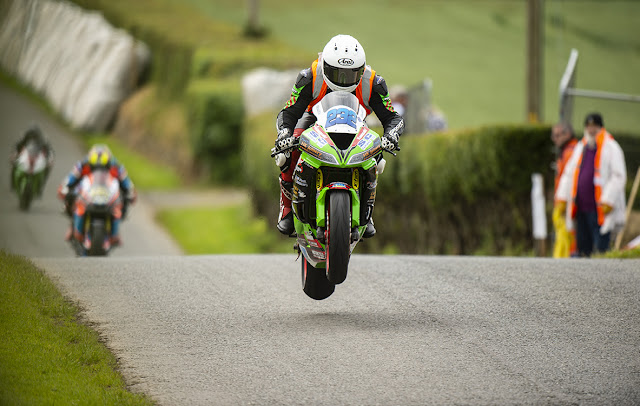 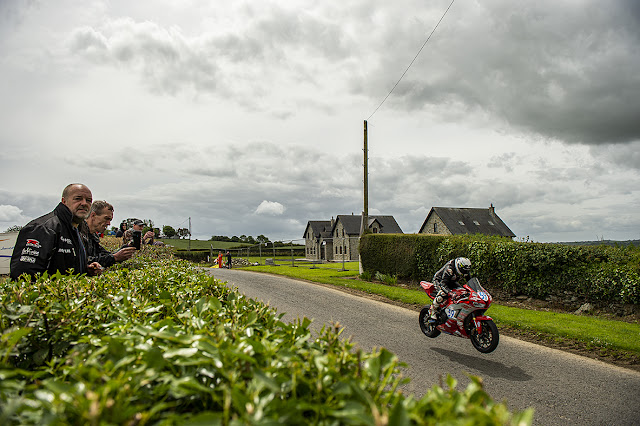 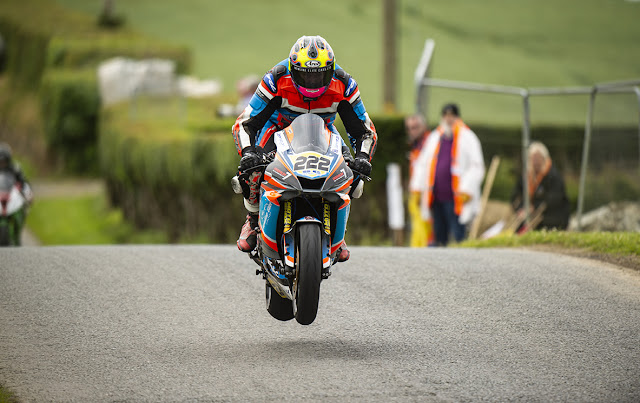 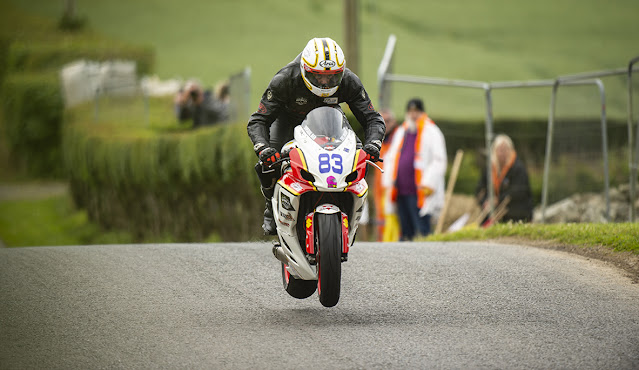 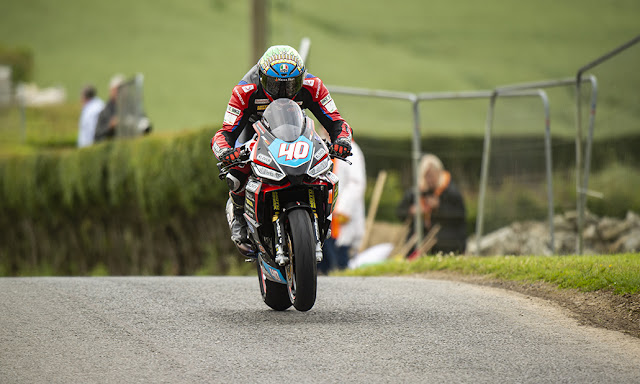 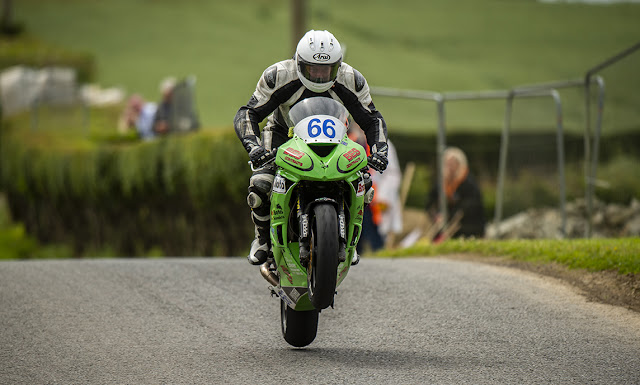 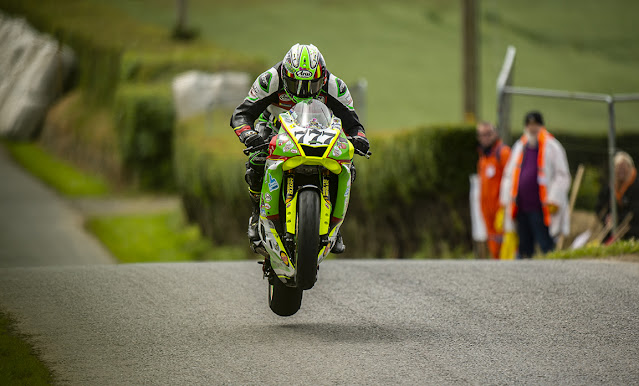 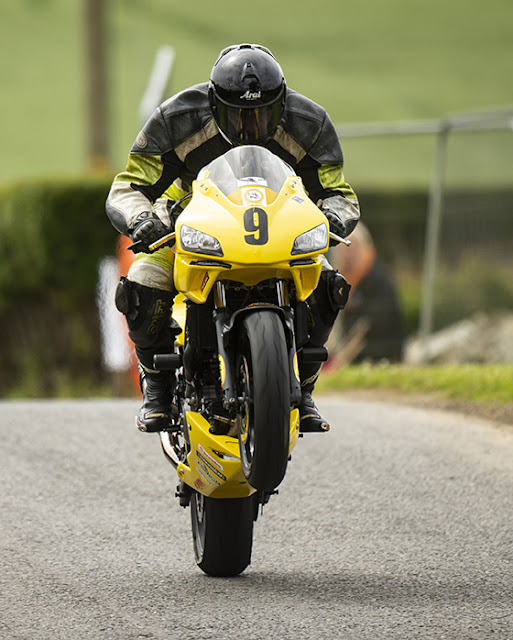 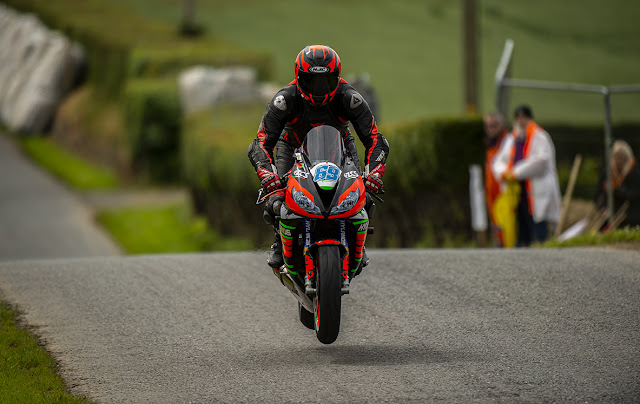 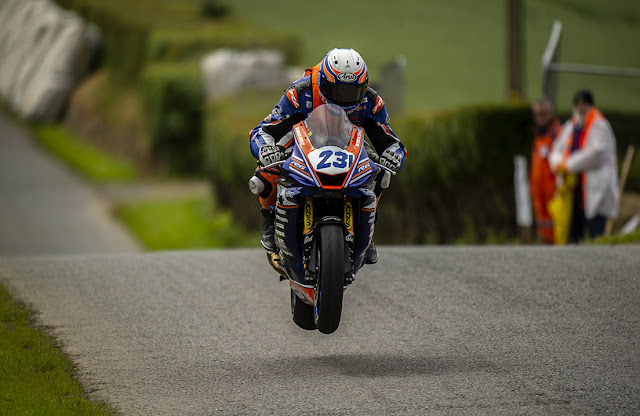 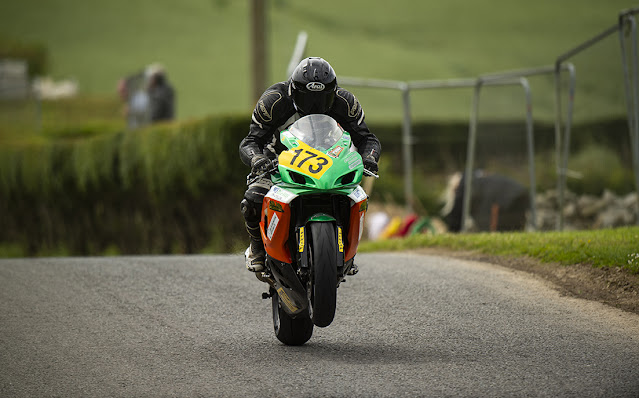 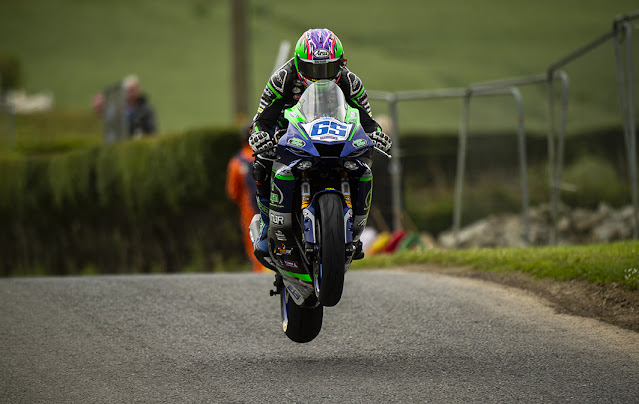 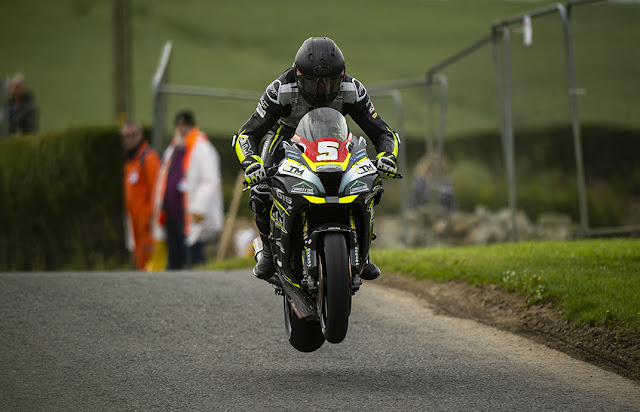 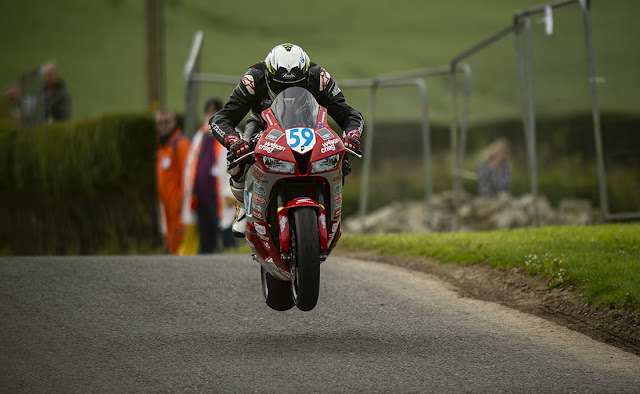 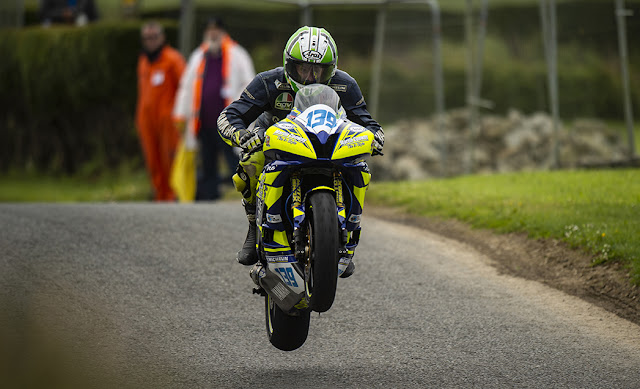 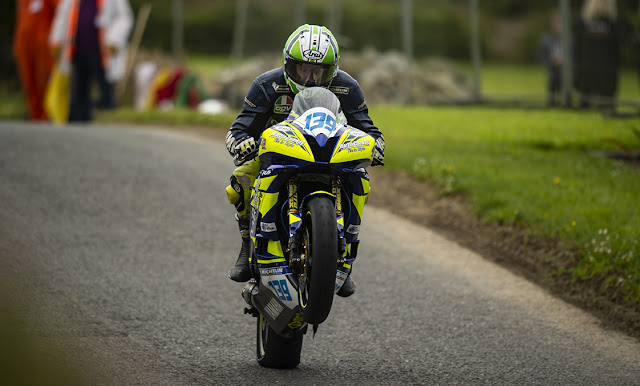 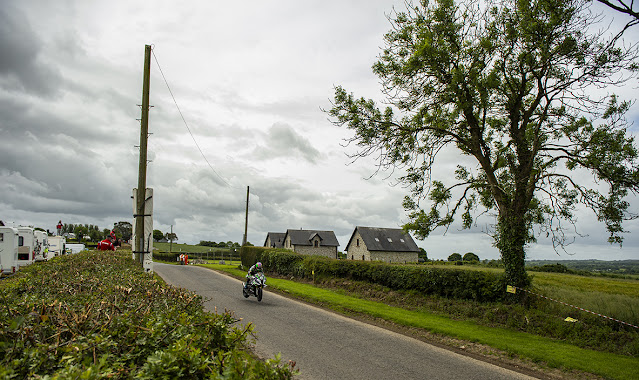 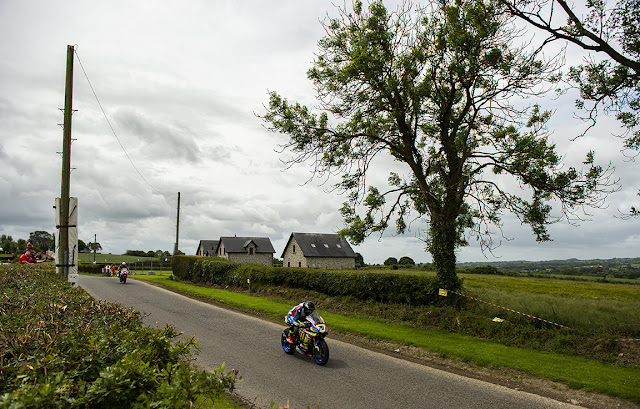 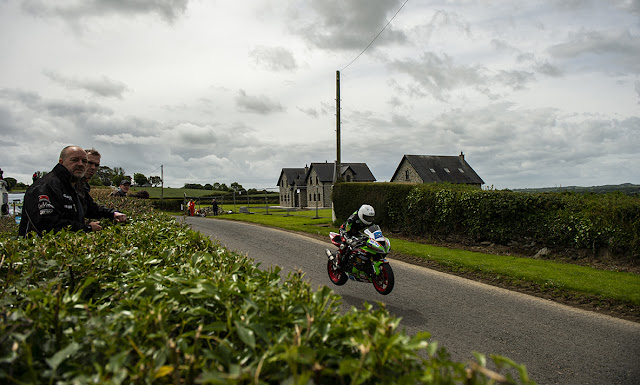 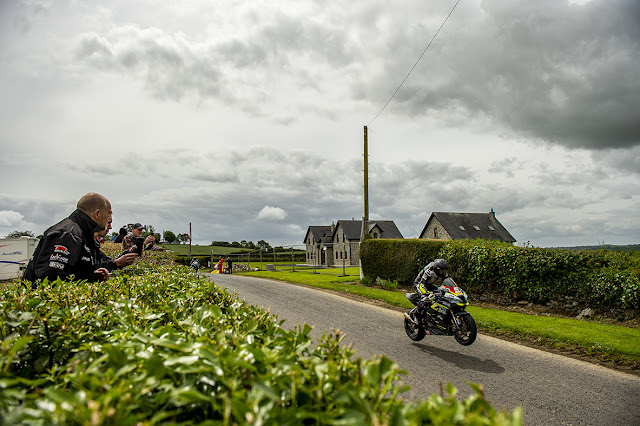 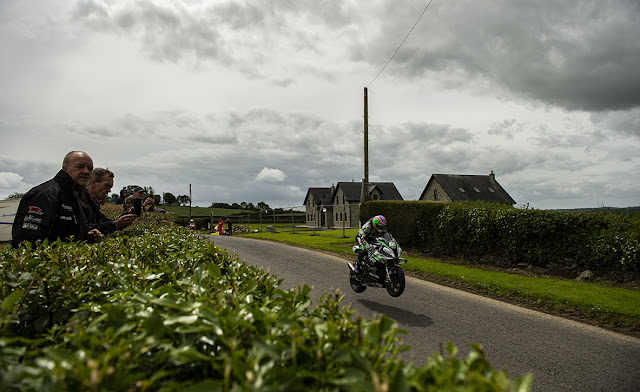 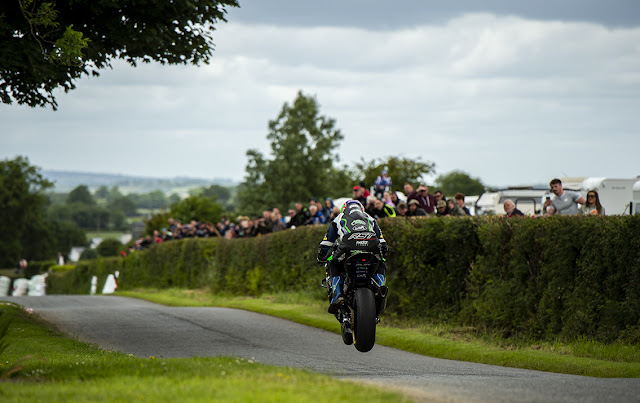 Bohernabreena's Anthony Cross took yet another win in the latest round of the Selco.ie Formula Vee championship at Mondello Park on Saturday. It was also an important victory as the championship leader retire from round six as he was hit from behind by Donal Downey forcing his retirement from the race. With zero points taken from that round he needed to make up as many points as he could in round seven.

Starting from the second row it gave him a great chance to take a sizable points haul if not a win, but it would be crucial to stay out of trouble this time, especially in the early frantic part of the race. He has won the last four championships on the bounce and you don't do that many without being clever and tactical in a race and over the course of a season.

Fellow Dubliner Gavin Buckley was also out to make amends for a DNF in round six but his was all his own doing. He was starting from pole position alongside local man Donal Downey who has shown so very impressive pace so far this season. He has yet been able to put it together over an entire race yet but he is not far away and is one for the future in Formula Vee. As the lights went out it was Downey who got the best start and used the outside line round turn one to take the lead as Buckley lost ground to Jordan Kelly and Lee Newsome. Cross made a very rare bad start and lost four places off the line but hung on to remain in fifth as they headed out of turn two. With twenty cars on the grid and being so even one small mistake can cost you a lot of time and ground.

Luckily for this round the drivers were using the international track which allows more overtaking opportunities. Kelly was right on the gearbox of the Downey and looking to try and get past as early as he could and try and make a break. He did at turn seven and by the ending lap one there was an seven car train that broke clear from the rest of the pack. The winner would come from here. As they headed out on to the international loop the front two were side by side and had a slight gap over their pursuers lead by Buckley from Newsome and Cross. With the front two battling they lost the gap the built up and now it was nose to tail once again and by the final corner Newsome made his move to take third.

It was shaping up to be a race that would be decided in the final laps as the front six cars remained in their positions as each defend their lines from the other. If Cross was going to try and take the win, in this one he needed to start making his moves soon. Up front in the space of two corners the lead had changed as Kelly carried too much speed into turn four and running wide letting Newsome by who had just past Downey in the turn before. As they took to the international loop again they were three abreast. Fantastic wheel to wheel racing leaving onlookers on their edge of their seats. By the end of the lap Cross had made his way by Buckley and moved into fourth and nearing a podium. His pace much quicker he closed the gap to the front three within a few corners.

His experience would be key now and his remarkable sense of biding his time would again come into play. Half way through this lap he was up to third and right on the gearbox of Newsome who had lost the lead to Kelly. Time was starting to run out but by the end of the penultimate lap he was up to second. With only the last lap remaining he had no time to waste in deciding where to take the lead. First he had to close the slight gap to the leader which he did as again Kelly went wide at turn four giving Cross the better line and momentum for the run up to the next corner where he got by to take the lead. If he held his lines around the tight International loop, it only left the final corner for a last chance move by those behind him.

This he did and defended the final corner forcing Kelly to try and use the outside line. This was the case but as he did an over ambitious Downey tried to take second but hit the back wheel of Kelly and putting him into the gravel. This let Cross comfortably cruise to the chequered flag and take the win. Another classy and canny drive by the Dubliner who took maximum points to still hold the championship lead. Gavin Buckley took second with Jack Byrne in third. Speaking after the race the winner was both relieved and happy to take the win. " I didn't get the greatest starts in the world! I dropped back and it took a while to work my way back through again and I got stuck behind Gavin for a while. Once I got by him I caught up to the others and started to pick them off one by one. I was concerned after bang the car took in the race before, but it was ok. It's great to get that win after having the DNF."
In the VW Spares Championship Donal Downey hung on to take maximum points from Owen Kelly and Paul Lewis rounded out the podium. In the LOH Motorsport Rookie Championship Shane O'Neil took the win from Kieran Hannan this time with Stephen Roche in third.

The Next round of the series is back in Mondello but on the natioanl circuit on the weekend of the 16th and 17th of July.

Ashford man Lee Newsome took an impressive win at round six of the Selco,ie Formula Vee championship at Mondello Park. the baby of the Newsome family was on his own this weekend as brother Sean could not make it out for this round. However, he didn't help himself by qualifying in 6th place. As with all Formula Vee races while qualifying is important, on the international track layout there is plenty scope to improve your finishing position come the end of the race. It was Dubliner Gavin Buckley who took pole position from Jordan Kelly 0.112 of a second. In fact, the top six driver were covered by the same second showing the competitiveness of the class.

As the lights went out it was Kelly who got the best start and led the field into turn one. Both Buckley and championship leader Anthony Cross got swallowed up by the pack and Newsome found himself in third on the exit of turn 1. By Turn three the pole man was out spinning off into the gravel letting Newsome gain another place as they headed out on to the international loop.

Another Wicklow man Jack Byrne from Annacurragh had also moved up to third but the leader had a gap of three seconds over them. While the Wicklow men worked together to close the gap to the man from Donegal all sorts of battles were happening further back in the pack which ended in championship leader Cross being hit from behind by Donal Downey causing his retirement. The unfortunate Paul Lewis whose car broke a trailing arm and put him into the path of Jonathan Hollywood causing both men also to retire from the race as well as bringing out the red flags.
Once all the debris and broken cars were removed from the track the drivers lined up on the grid with Kelly on pole from Byrne. Once again Kelly got a flyer off the line, but Newsome got the better of his fellow county man to nip into second from the second row. Not content with second he made a brilliant overtaking maneuver on the outside of turn 7 to move into the lead. Byrne ran wide on the exit of the penultimate corner dropping back to the clutches of local man Donal Downey.

A lap later he had made a gap and began to catch the leaders who were having a mighty battle up front. Newsome defending with all his might from Kelly who tried the cut back from the outside line of the final corner to the inside line going down the main straight. Newsome was wise to it and covered the line and held his lead forcing Kelly to use the long outside line again at turn 1. This began to play into the hands of Byrne who was closing right up both men and as Kelly tried to overtake Newsome at Birrane's Bends they ran wide leaving a gap for Byrne to take but he then collided with Kelly and took the grass dropping back to fifth. While lost his nosecone Kelly remained glued to the back of Newsome , who was soaking up all this pressure superbly. This allowed Downey to close right up making it a three car scrap for the lead. Another Formula Vee thriller was shaping up as they began the last lap.

Newsome held his line brilliantly right around the international loop as did Kelly who had to deal with Downey trying to get past. As they Made their way up to the final corner Newsome stayed to the right forcing Kelly to go the long way round, which can back fire if not done right. He judged it perfectly though as he carried enough speed out of the corner to hold of his two rivals and win the drag race to the chequered flag. What a finish to a brilliant race with the top three cover by only 0.294 seconds! It was a deserved win for Newsome who has had the pace all year so far but not the luck or reliability to make it to the top step. Speaking afterwards a delighted victor spoke of his race.

" It was a great race but I didn't qualify well although the car felt good but i wasn't too worried as the big track today helps with plenty of places to pass. I got a great start in the first run of the race and got up to second but I got into a battle with Jack Byrne and dropped back from Jordan but the red flags came out. I got the jump on Jack in the restart and passed Jordan on the outside out the back and then had to defend for the rest of the race which wasn't easy!! It was great fun and very enjoyable and thanks has to go to my two brothers Garry and Sean for their help today and all year. It's been up and down but hopefully this will give us the lucky we need to carry on up the front for the rest of the year,"