By this time last year the Selco.ie Formula Vee Championship was into the second half of the season with all championships still up for grabs. This coming weekend however, in Mondello Park will see the first round of the 2020 season. In what has been a very extraordinary and unprecedented year for everyone the world over, to see normality albeit in a new form, start to come back is a much welcomed sight.
For motor racing fans here in Ireland this weekends meeting can't come quick enough. Cars have been stripped and rebuilt and even new ones made in the much extended off season and also a renewed interest in Formula Vee has occurred with  ten newcomers to the class this coming weekend alone and a possible six more to come as the season progresses! The announcement that this year's Star of Tomorrow championship winner who will receive a test in a Formula Renault and VW Spares sponsoring the 'B' championship has gone somewhat to help grow the grid.
A Formula Vee stalwart and former champion Dan Polley, who is always a front runner and last years main challenger to eventual title winner Anthony Cross has to be again considered as a title contender this year. I caught up with him to get his views on the season ahead and how the lockdown went for him.
" We were all ready to go back in March, so it was weird for everything to be cancelled. In terms of the lockdown the kids kept me busy and it's probably safe to say I don't have a future as a school teacher! I've been keeping fit in our gym here at home and I'm ready to get out on track and have fun. I didn't do the test days as I was still cautious about going places. The car is the same as last year and I haven't driven a car in anger since September so I'll be rusty come Sunday morning!"
Another who has to be counted in the title hunt this year is Jack Byrne who not only dominated the 'B' championship last year, but also challenged for the win in quite a few main 'A' championship races. From speaking to him he has had quite a while to plan his attack for this years series.
"I've had a pretty boring winter I rebuilt my engine after it got stripped at the end of the season and made a few tweaks to make sure it works properly and for it to be the best that it can be. I have had a very long lockdown as I am a school teacher and have been off since March but I've been helping in the family business Abbeylawn Garden Products so while I haven't been in my main job I've been flat out ever since! I had a very good year last year winning the 'B' Championship and finishing third in the 'A', learning a lot racing against Anthony which I hope to use this year to beat him. Either way I'm looking forward to going back racing with the help of  the Saltee Pub in Annacurra who have been great to come onboard again this year."
Last year's third round at Bishopscourt saw the longest Formula Vee servent Paul Heavey roll back the years to take the win. Heavey who builds his own cars under the Leastone banner has helped many over the years and this year is no different. He has built a new car for Mark Reade to campaign in this season. I wondered if he would be back out for another year and to try and grab another win.
" I sold my car but built a new one for Mark Reade and I built a new 1000. I probably won't be racing this year, I had planned to do the Monoposto winter series in the UK but with Covid-19 I gave it a miss. The lockdown wasn't too bad plenty of time in the workshop keeping me out of trouble. " 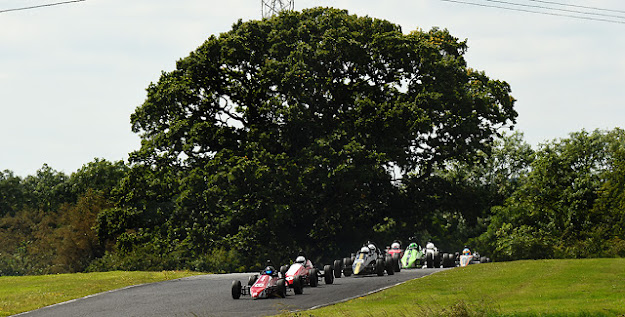 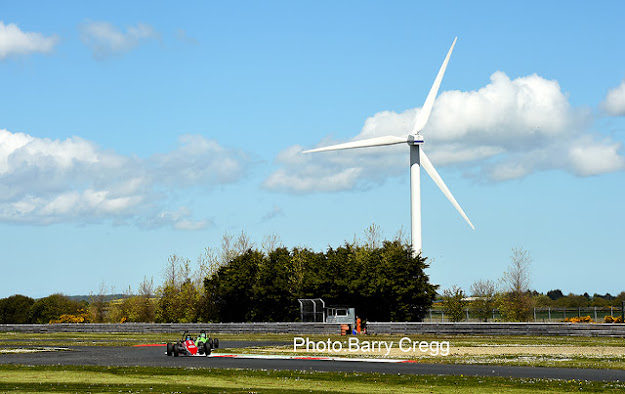 The resurgence of the class has to welcomed with abundance and the hard work of class committee and Stephen and Michelle Morrin who lead the promotion of the class across social media in recent years, which has clearly paid off. The Morrin's are not just involved in running the class but also their own team in SM Racing. I caught up with Stephen just before the they loaded up for the weekend to see how all this new interest in the class came about and the team's plans for the year.
" The lockdown was a very quiet period for us. Nothing happened in the workshop at all for eight weeks. We had been ready to go in March so everything was parked. Since the start of June when restrictions started being lifted and we had draft calendar dates we've been back working and tested in Mondello on July 5th. We have 2 new drivers this season, Colm O'Loghlen and Michael O'Callaghan so they were delighted to get their first single seater action. Testing went well and we're now looking forward to the first race meeting of the season this weekend. On the class side numbers are very healthy this year which we are delighted about. Prior to the Covid outbreak we had about 16 new drivers looking to make their debut, and 10 of those guys will be racing this weekend. It will be the biggest influx of new drivers into Formula Vee for years. We're looking forward to a competitive season across all three of our championships."
Another team also looking to get the title back and their drivers back to winning ways is the LOH Motorsport team who have multiple championships under their belt. Speaking to team manager Kevin O'Hara I asked if they can get back to winning ways and how the preparation side of the team has gone over the lockdown. " We have been really busy over the last number of months between rebuilding cars and building a new one which won't be out this weekend but it will be later in the season. We have Dan Polley and Robert Fleming with us again this year and hopefully we can be up at the front again."

So a new season with new drivers and sponsors and a much fuller grid seems to be a perfect recipe for a great days racing and championship opener this weekend. Hopefully the weather will be good too, if not it could add to the mix and help create some extra drama. It has been a long wait and I'm sure it will be worthwhile come Sunday evening when the opening races have come to an end. Will it be picking up from where he left off for Anthony Cross or will it be victory number one for Jack Byrne or even a major upset from one of the newcomers? Race reports from the weekend's action will be available next week.