Joy for Kelly after taking the Emerson Fittipaldi Trophy

Now that the championship was over for another year the Formula Vee drivers had one last race for the year. The last big prize to win was the coveted Emerson Fittipaldi trophy. The former F1 World Champion who began his career in Formula Vee in his homeland of Brazil kindly donated a trophy to the Irish class several years ago and it is one all drivers want to win.

With nothing for anyone to loose it was a chance for some to bring home silverware that missed out for various reason throughout the year. Also up for grabs was a cheque of €120 for fastest lap kindly sponsored by circuit commentator Alan Drysdale. Final championship round winner Jordan Kelly lined up on the front row alongside pole man Anthony Cross. As the lights went out it was an even start by the two front row men. Tim Murray again got a flyer off the line and challenged into turn two but in doing so took out Dan Polley and Anthony Cross.

This left Kelly 150 metres clear of the field with only two corners gone. It was short lived as the red flags were brought out and they had to do it all over again. On the restart it was Kelly who got the better getaway from the line and lead into turns one and two. Yet again his pace through the chicane is unmatched as from entry to exit he gained two car lengths over the chasing pack. This was on top of a two car length gap he opened up prior to that. Cross was second with Polley defending from Jack Bynre in fourth. A lap later Byrne was into third and really pressing Cross ahead on the run down to the hairpin. He got by on the inside but Cross had a better exit and it took Byrne until turn two make the move stick. His efforts were undone as he lost the place on the back straight to Cross who powered by.

All this was playing into the hands of Kelly who just grew the gap lap on lap enough so to break the toe to the second and third placed men. Byrne was like his namesake terrior and would not give up his second spot and retook it going through Debotor's Dip. For a lap it looked as though Byrne was going to make a break from Cross and possibly make inroads to Kelly but again Cross got by at the hairpin and this time held it through the opening corners. What a race it was for second place. Tim Murray had now moved into fourth place and began to close in on the two ahead of him. Kelly just ticked off the laps and continued to pull clear. Gary Newsome though had taken the fastest lap by this stage and if he held on he would be €120 the richer. Murray wasn't biding his time anymore and made a great move into the hairpin to pass both Cross and Byrne to take second place.

Newsome had now also got by Cross and these four were like a train for several laps not one moving out of line from the other. It really was an entertaining battle and it was anyones for the taking. Then with only a couple of laps to go Byrne got to close to Murray and lost his nosecone and damaged his bonnet which began to flap in the wind. This dropped him back, a shame as he really drive well. Murray now was clear in second from Cross and Newsome but a lap later Cross was right on his tail and trying everything to get by. Murray who has got stronger as the year has gone by defended superbly though. Barring a mistake a mechanical problem Kelly was home and dry. Thankfully nothing happened to the Donegal mans car and he took a deserved win in fine style.

Murray did win the battle for second from Cross with Newsome and Gavin Buckley round out the top five. A mixed year for the young Buncranna man but a great end to the year all the same. Speaking to him after the race he was both relieved and joyful at the same time. " When I broke clear from the field I was just focusing on my lap timer. I was just keeping my times within a tenth of each other which is something I've learned from Sim Racing and was finally able to put it into practice. To win the Emerson Fittipaldi trophy was just the best possible way to end the season where I made too many mistakes with the car. Without the help I got from Dad and my brother Owen it wouldn't have been possible". 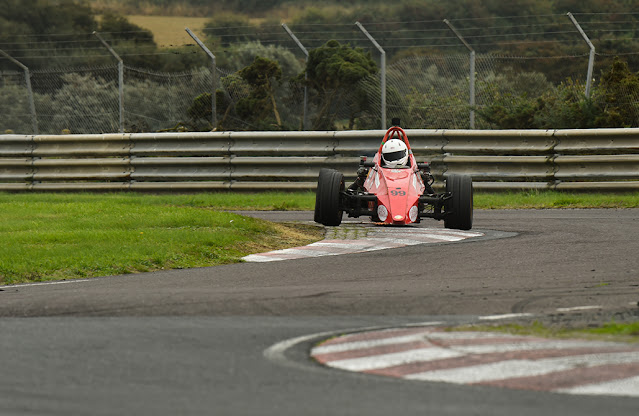 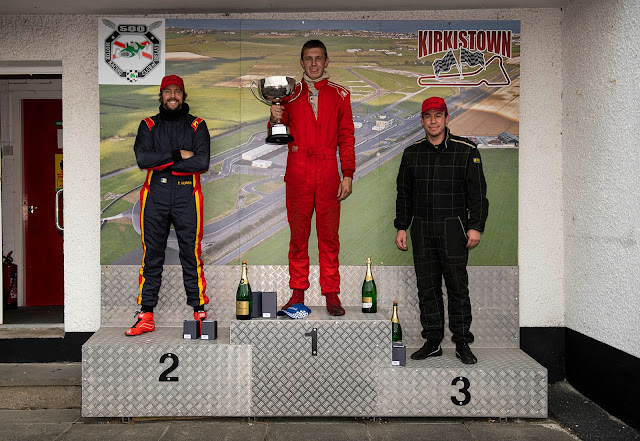 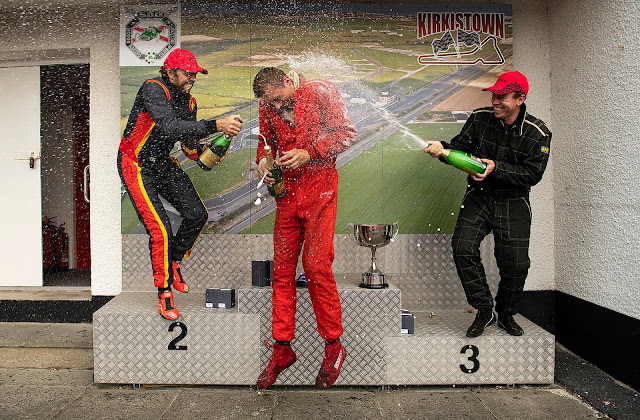