Buncranna man Jordan Kelly dominated round five of the Selco.ie Formula Vee Championship with a lights to flag victory at Bishopscourt Racing Circuit in county Down on Sunday. Kelly who started from pole position ahead of championship leader Anthony Cross. Just like in Kirkistown, the other track the series visits in Northern Ireland, the long straights and fast bends seem to suit Kelly and his driving style as he always goes well on them.

As the lights went out he got the better start but as often is the case at Bishopscourt the long run to turn one gives those behind time to draft past with the leader helpless to defend his position. It happened before in round four which put him down the field and caused him the chance of a win as he had to spend the rest of the race climbing back through the field and getting caught up in other peoples battles. This time however he stayed ahead and lead the field round the flout out left hand bend. Cross got beaten up a bit at the start and lost several place dropping to fifth as Sean Newsome moved into second with Donal Downey in third.

Kelly set about making a gap to the rest in an effort to break the tow so he couldn't be caught by the other in his slip-steam along the long fast straights. This he did as by the end of the first lap he had a five car length lead. With weather conditions perfect it was shaping up to be a typical hard fought battle between the rest to battle for second place. Although he lost place at the start Cross was now moving up and he had to if he were to have any hope of catching Kelly. By lap two he was into fourth and a lap later into second and out to catch Kelly. Newsome ran into mechanical trouble as he did in round four dropping down the field which was a shame as he had looked strong.

Jack Byrne winner of round four was up to fourth trying to find a way past Gavin Buckley but with everyone lapping so close in times it was hard for anyone to find a way by. Kelly was now 2 seconds ahead and and setting fastest lap of the race in doing so with a 1.10.037sec lap. Michael O Callaghan was have his best drive to date lying in seventh for much of the race and battling with Lee Newsome and Donal Downey all the way. The race for the lead was over by the halfway mark as Kelly had pulled the pin and was in no fear of being caught by Cross and both men just reeled off the laps. Third place however, was still up for grabs and a brilliant battle for the final podium place was giving the onlookers plenty to take about.

Byrne tried everything he knew going on the inside then outside of turn one, inside at both chicanes lap after lap but Buckley defended his place. Sadly for Bynre laps ran out and he had to settle for fourth, though if he had got past earlier in the race it would have been interesting to see if he could have taken the fight to Kelly. That said, Kelly drove superb all race making it look easy with clean lines and never looked out of shape which is somewhat unusual for him. 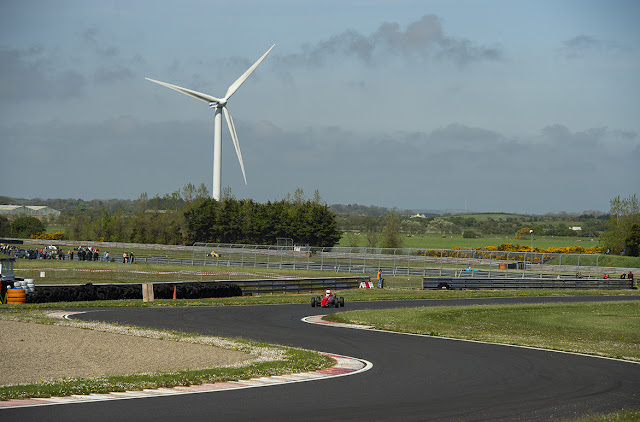 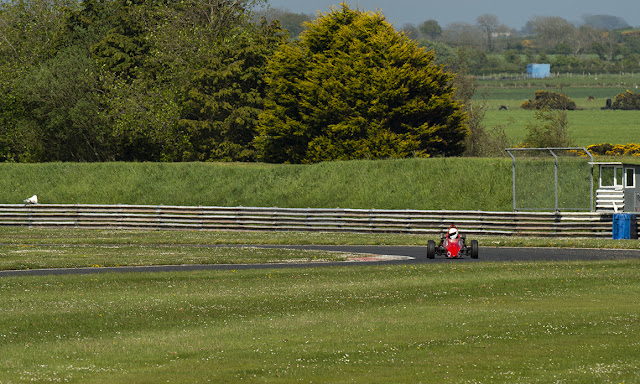 He took the chequered flag 5.344 seconds clear of Cross and Gavin Buckley in third. A strong performance again and one that should give the Illies man confidence going into the next round at Mondello Park in June. It also gave him another maximum points haul in the VW Spares 'B' Championship to make it a double in class wins!

In the LOH Motorsport Rookie Championship class Dan Coyne got the better of Aaron Murray and Stephen Roche. The next round of the champship will take the drivers back to Mondello Park in county Kildare on the 11th and 12th of June.